The original painting in Rebelle 3, with all layers on. I drew each layer with previous layers turned off

Azior is a being with an incarnation in the Orion Light period of Orion's galactic history. This period was after the inhabitants of the Orion star system had integrated, and realized that they were creating all of their polarity on their own. Think of it as the Orion version of New Earth. In addition, he is living a life as a human on Earth during this time frame, 2020. He is tight-lipped (human term!) about his human identity; advising that all that is needed is to reach out for contact from higher levels...and the physical part takes care of itself.

This applies for anything you want to experience, anyone you want to meet, or any place that you feel that you need healing. When you can view the situation from the highest level of awareness you can get to, then seemingly insurmountable things become well-lit paths. It starts with two things:

As far as the drawing goes, Azior and I have created other pieces together, through different processes, where I created a painting and then cut it up into pieces, rearranged it and changed a few blending options. For this one, I painted each layer one by one in Rebelle, with the previous layers hidden, and then imported the whole thing into Photoshop, still in layers. Just a few were duplicated to intensify the element, a couple were switched around, and blending options added. No chopping involved in the making of this artwork.

The scarlet letter A, a symbol of guilt if you've ever read that "classic" book in English literature class. This is also the first letter of the name he uses with me, Azior. The fact that he himself turned out red was quite surprising to me, for I had imagined him as a calm blue/green with scales or plates. The plates are certainly represented there, but the blue-green in the original painting turned out to be his representation of the human portion of himself. As you can see, I got no solid details about the human face, but I can see it in my head. Since I've vowed to make these pieces collaborative rather than monopolizing the digital canvas, I refrained from adding any details. There are messages there for the human side of him, if he ever views this image. He'll finally get to see a parallel aspect of himself that perhaps he was afraid to integrate. It's cool, though, for he's all about love and adventure. It's all good stuff, and there is no "demon" left in him.

Why the guilt represented here? I have two answers for that.
For the collective (that's you, viewer) it's a reminder that guilt is man made. Not a truth whatsoever, despite what overwritten and inflated doctrine has told you. You're taught to feel guilty about every damn thing, from wanting an extra helping of food because it tasted good, to not texting someone within some arbitrary time frame somebody conjured up as "normal." Everything is here to make you feel guilty, and that's so that you can learn to free yourself from it. It's entirely up to you.

For myself, I've often felt guilty about my artwork representing the "demon" side of things. Dark entities, sometimes scary beings....creatures that those inflated doctrines told you represented the bad guys or the Punishers. Partial blame lies in the color. We've categorized Red as evil, fire, burning devils in hell. Rogue power. Sin. Oligarchy. Oppression.

But it's actually just a color.

I've come to terms with being the representative for those in our physical and non-physical collective who choose to express themselves outside of the confines of public opinion...and hopefully portraying them as closely as possible to how THEY see themselves, rather than how I see them. I just wasn't destined to paint angelic beings hovering in fluffy clouds; there seems to be plenty of artists doing that already. So I'll work with the visual underdogs, who embody just as much love as the hot muscular Metatrons lighting up the heavens. Over time, the collective's perspective will change to welcome those of all races, dimensions, star systems, color and intention.

Original painting in Rebelle 3, then exported to Photoshop in layers and manipulated a bit.

I recorded the making of this piece, about 6 hours in total. It's not public yet; my poor editor is overloaded at the moment with my new podcast.

Check it out at https://anchor.fm/tipsymystics
Read my blog here: https://awa.ke/blog 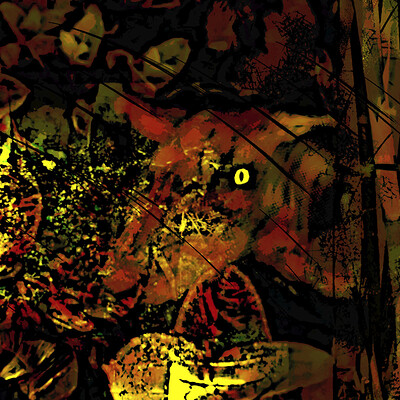 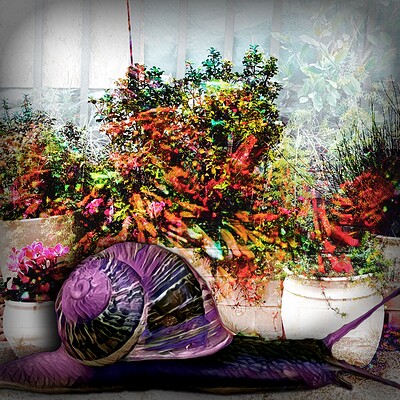 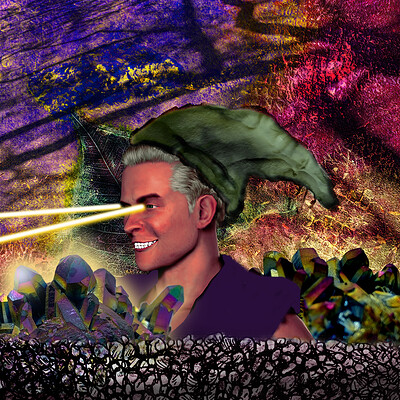