Some interim art while I for the real purpose of the miniature fireplace sculpture that I feverishly made last week. It was if nothing else existed, and the mason in me knew how to throw that baby together in record time.

Since I love to play with scale, it didn't take long to break out the HO-size figurines (1:87 scale) to see where they placed themselves. The hottie on the rock, that was a no-brainer. She practically walked over there by herself. The voyeurs hanging out on the top chose themselves by their ability to sit firmly on the rocks, oblivious to their impending karmic realization. The others inside the fireplace didn't quite make the audition, you could say.

This piece was made in humor - there is no gigantic Universal lesson here other than to lighten up a bit. [pun injected by a Pleiadian guide].

When we can see ourselves for who we really are, which is a bunch of really creative souls, then we can perhaps look at our society from a different angle. That's all.

The fireplace was created with Sculpey, and painted. It is the first of several miniatures that will comprise a larger scene. The fireplace does have its own lighting, so there's that to look forward to when I uncover this mysterious artistic plan.

Previous
Cosmic Hand
Next
Multi-dimensional Self Portrait :: The Power of 12
More artwork 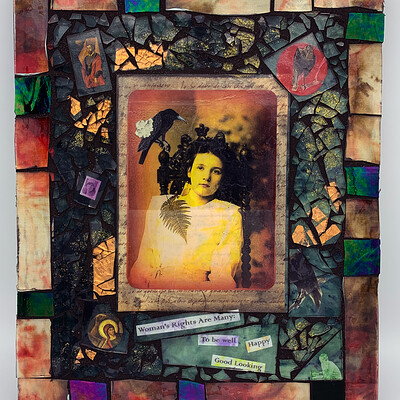 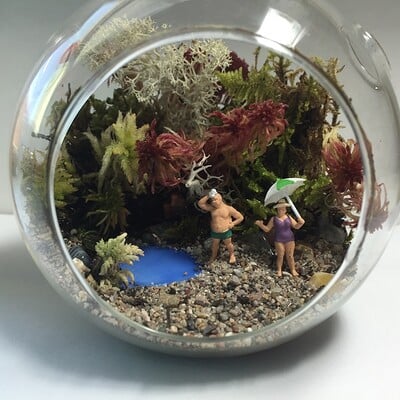 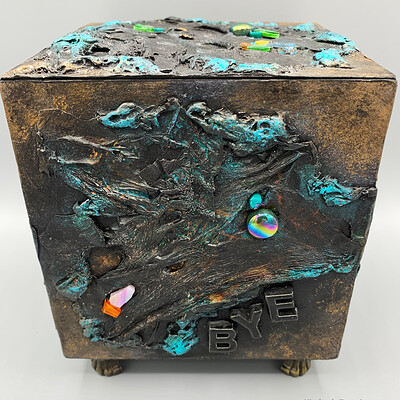