All layers on in Rebelle prior to export to Photoshop

23 layers later...just a little bit more work on the Self

Although I've been working with Seth since I was a child, it's hard to get his full attention. Especially lately, with so many of us showing interest in the mechanics of manifestation, which is one of Seth's specialties. There's plenty of channeled material out there focusing on love, and service and unity. Seth touches on such things, but extends his tutelage beyond that; he works with pupils who show an interest in pushing past the limitations of any system in which they are incarnated, and mastering the art of creating with wild abandon. He calls it "responsible fun."

It took a long time to get to the point where I got specialized attention from him. Until one chooses to be an enthusiastic student, we just aren't able to wrap our minds around the mechanics of consciousness. We get to practice with the "recorded" Seth, in books or audio. This starts you on the path and you gain momentum from there.

Until we feel safe in our knowledge of our eternal nature, we fall prey to the noise, the fear, and the belief in a separate, objective world.
All lies!
On the other side of these lies, is peace.

So Seth does have a love for art, and supplication was necessary.
What you see here is not his particular style of artwork. He prefers more classical representations, which I have no (recognized) ability to create. It took months for him to agree to collaborate.

And there was a compromise. He contributed content, I added my personal style, and the creation of the work included a teaching/learning experience. During the process, I learned about many alternate methods of communication, all woven into the piece. Line width, color depth, layering, distancing.

On top of that, I got a lesson in communicating on a 5D level: The language of symbols.

This piece of art was created to answer a question for a fellow Traveler, Sparky, a member of the group that calls itself the Carpet Hunters. (If you are wondering...."Carpet Hunters" is a play on words related to magic carpets and galactic treasure hunts).

The question? I don't know.

I wasn't told the question, but I was shown the answer.

In essence, I'm planting the answer to a question that may not have even been asked yet. Time doesn't exist, and I've come from the "future" to tell you this.

The answer will sit and await its activation. This, apparently, is what Carpet Hunters like to do. It's part of the treasure hunt part. Yet I'm usually the one finding things, not consciously planting things for others.

So we started in Rebelle, with each layer turned off immediately after drawing it, plus a few duplications, and then exported to Photoshop. Layers were rearranged all over the place. Some blending options updated, and out it popped.

Some of this made sense to me when I received the symbols, and others are a mystery. So Sparky, I don't know what you'll get out of it, but is packed chock-full of stuff.

Things I did understand:
The Self, in the foreground, expresses itself in any number of forms. All are connected to the larger self, and as the other selves become aware of each other, then the totality grows in magnitude. "There is a stray one, out there, if you look for it."

You have the ability to focus on any potential outcome. There is conflict, and there is abandon. Every thought you have springs forth into actualization.

There is a spine embedded in the piece.

"It is all an idea you're having." As far up as you can think, anything you can imagine, and any probable self. Preferable ideas are just as easily attended to as those you don't prefer. This is the nature of your reality.

OK well there's more, but I'll hold it for later. 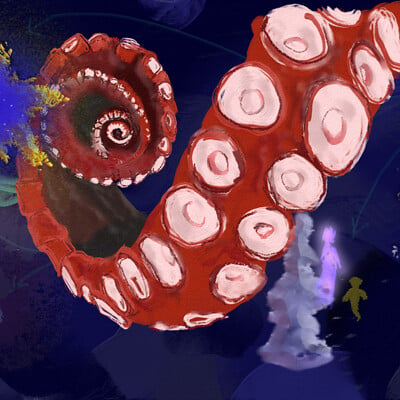 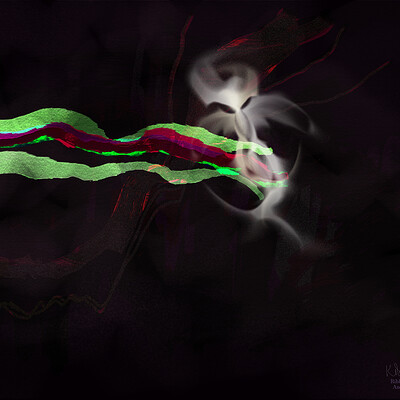 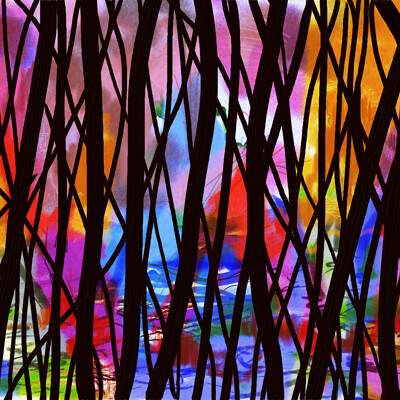